Part 2 is an interview and mix by DJ King Marie. Catch DJ King Marie spinning coast to coast, but mostly in Chicago, where she has regularly destroys East Room with a trademark mix of hip hop and juke records. A Native Chicagoan, Christine Marie has also rocked residencies in New York and LA, and recently worked as tour DJ for Chuck Inglish of the Cool Kids.

Part 1 is a mix by David and Charne!

So Many Shrimp Radio Episode 15 features the hardest working DJ in Chicago, the one & only DJ Gemini Jones. Gemini Jones is a widely respected DJ who Charne first discovered six years back, when she was spinning at the legendary Shrine nightclub. She’s known not just for being an adept pro DJ, but also for her eclectic sets which mix music new & old, and keeps things Chicago by incorporating juke music alongside hip-hop, house, dancehall, and R&B.

Part 2 features an interview with Gemini and a DJ mix.

Part 1 is a more-adventurous-than-usual mix by David Drake and Charne Graham.

For episode 14 of So Many Shrimp Radio, rather than interviewing a DJ or producer, we interviewed two up-and-coming rappers from Chicago whose work excited us & suggested they have a promising future. After a quick Q&A, they played us mini-mixes of the music that inspires them. It’s easy to hear how both artists arrived at their distinctive sounds from the songs they selected here.

Lulu Be. is from the North Side of Chicago and found some mini-viral success with her single “Rude Ting.” Her sound is a diasporic blend that touches on dancehall, afrobeats, and hip-hop with a Chicago bent. She followed it up at the end of last year with the Lululand EP, which you can find at your local streaming site.

Jayaire Woods is from Bellwood, IL, and his 2017 release Big Wood was one of So Many Shrimp’s favorite albums last year. With a distinctive flow, considerable compositional gifts, and a tendency to write heartfelt lyrics, the QC Records (Migos, Lil Yachty) signee is one of Chicago’s most promising young talents. 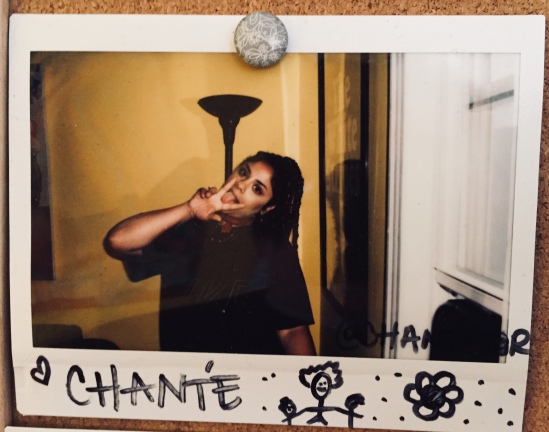 Episode 13 features an interview and exclusive DJ mix with Chanté, Chicago DJ, actor, mother, and the founder and executive director of Cliché Collective, a by- and for-women organization which aims to “support and acknowledge women” within a male-dominated industry. She’s also hosted an ongoing series with female DJs and artists, Pussy Control.

[FYI: Since this was recorded, Chanté reached out & told us she no longer plays R. Kelly, and wanted to apologize “for not being more cognizant and sensitive to his ongoing allegations and his overall predatory actions toward women” in her conversation on the show.]

This episode was recorded the afternoon of 6/25/2017 at David’s place, with Chanté’s children in tow.

Part 1 is a meditative mix by David Drake and Charne Graham, and a celebration of the life of Prodigy of Mobb Deep, who’d passed on earlier that month.

Put simply, Chicago’s rap scene as we know it now would not exist if it wasn’t for DJ Amaris. David first met a 22-year-old Amaris Hewett in January 2012 at the home of Chief Keef; he later interviewed him for this piece in Spin Magazine. Amaris was the first DJ to spin Keef, as well as several other now-prominent Chicago rappers, in clubs all across the South Side, high school and college parties, proms, sweet 16s, and concerts, helping break the rapper before anyone outside the city even knew his name.

Today, Amaris is Chief Keef’s official DJ, and still spins throughout Chicago. He’s also the founder of the Golden Knights Drill Team, a non-profit that takes on kids from throughout Chicago, and who’ve won first prize in the Bud Billiken parade several times in recent years.

David and Charne spoke with Amaris about his work with Keef, and the Golden Knights, and Amaris offered a DJ mix split in two parts–half of Chief Keef classics and exclusives, and another focusing on the kinds of music he spins throughout Chicagoland. He also told us about his experience DJing Kenwood’s prom at the Shed Aquarium.

This was recorded June 4, 2017, at David’s place. It was very hot, so excuse the fan noise in the background. Part one is a mix from David and Charne.

I’ll probably write something about all this in the future. 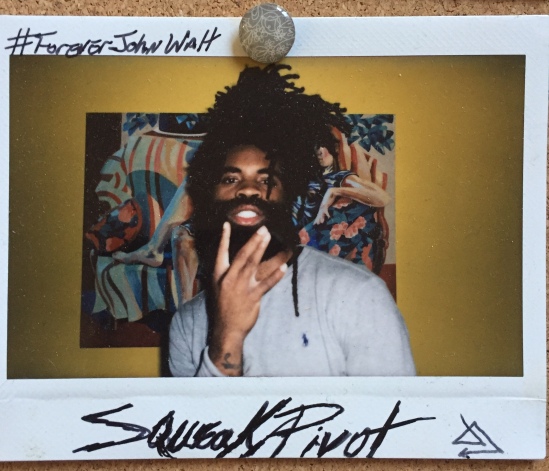 So Many Shrimp Radio welcomes the prodigally talented DJ and producer SqueakPIVOT, who preferred to let the music do this talking. This was one of my personal favorite episodes.

A member of Chicago’s “West Side Boy Band” Pivot Gang, Squeak’s crafted beats for Saba, MFN Melo, and John Walt (Rest in Peace). He truly shines as a DJ, comfortably shifting between hip-hop and R&B, past and present, in a way that feels contemporary. There’s a sense of unpredictability in his selections, as he finds common sonic ground in seemingly divergent sounds: Erykah Badu and Lucki Ecks blend together as if it were always meant to be that way. 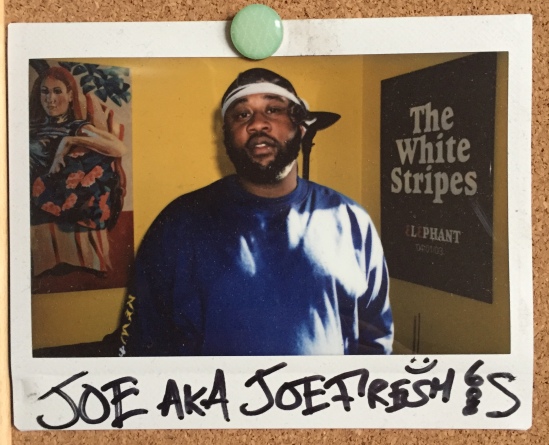 Joe Freshgoods has become one of the most visible cultural figures in Chicago as a streetwear designer. A co-owner of Fat Tiger Workshop alongside other Chicago streetwear luminaries, Joe went from West Sider with the idea to sell an “I Wanna Fuck Rihanna” beanie to the entrepreneur behind Chance’s tie dye hoodies, the Obama-approved “Thank You Obama” collection, and a wide range of frequently ripped-off style innovations. He spent time managing rapper Lucki Ecks, has been profiled by Fader & covered in GQ, and in his own words, “kicked it at Vogue with a durag on.” He’s also been–against his protestations to the contrary–a DJ, whose legendary parties at East Room often ended with audiences lined up down the block and spilled out into the streets.

Part 1 is a mix by David and Charne.

Vine auteur (UKNOHOWIMROCKIN), meme artist, troll, producer, and aux cord DJ for the ninth episode of So Many Shrimp Radio, Brent Rambo is known for his work with Chicago rappers like Warhol.ss and Famous Dex, and for being himself.

Charne was out of town for this episode, taped April 2, 2017, so David & BrentRambo discussed his background and mainly listened to music as Brent took us on a musical adventure with tracks off the smartphone, careening through an unpredictable selection that reflects his off-the-wall sensibilities.

You can find Brent Rambo on SoundCloud or Twitter. 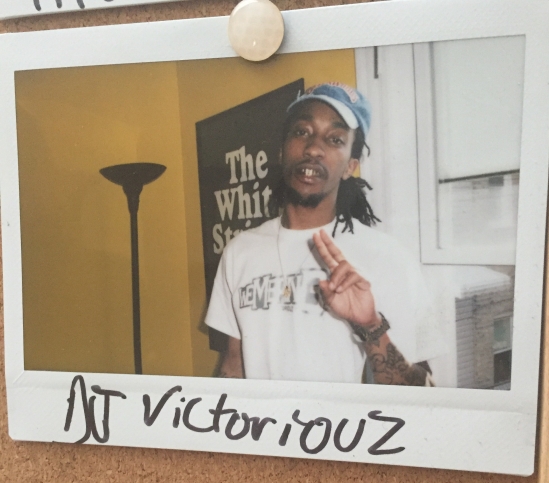 Season 2 of So Many Shrimp Radio begins with episode eight. We’ll be dropping subsequent episodes every Monday until Season 2 is complete!

The first part is a mix from David and Charne. The second stream is an interview and live DJ mix from the legendary DJ Victoriouz. DJ Victoriouz is a Chicago-based mixtape DJ known for hosting tapes like 2012’s Back From the Dead for Chief Keef, I’m Still a Hitta by Lil Durk, and scores of other street classics reflecting the aesthetic perspectives of the Chicago area, a city which shows a Southern orientation but retains its own particular cross-regional identity.

This is the sound of souls working under the orange glow of sodium lights, the music of strip clubs far from the city’s architectural feats downtown. This is music that reflects a world well past the 95th Street termination of the CTA Red Line, an American cross-roads of musical influences which sounds as contemporary and urgent as any in the United States. Victoriouz offered one of the best DJ sets in this show’s short history, a selection of records (at the time, many unreleased) mainly unknown to his audience.

Around 25 people piled into David’s living room for this episode, and Victoriouz was an unusually careful listener, gauging the room’s reaction with every selection and adjusting in the moment. If you’ve wondered what, exactly, a DJ host *does* co-signing a mixtape of another person’s original material, it’s clear how Victoriouz earned his reputation when you see him in a live setting. With a sensitive ear for music, DJ Victoriouz offered one of the best sets we’ve heard to date.