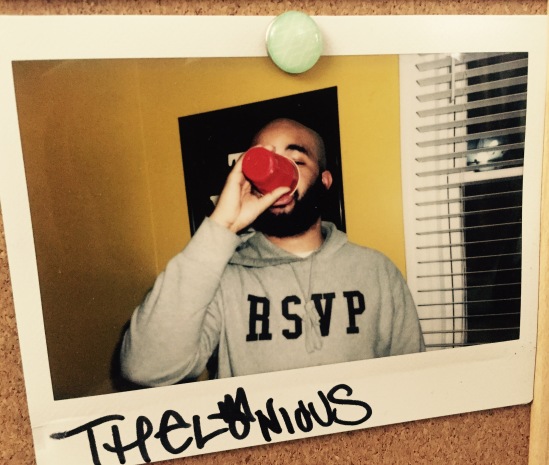 Our seventh episode features Thelonious Martin, a young producer and DJ from Chicago. Thelonious is a member of the Save Money crew (Chance the Rapper, Vic Mensa), and has produced for everyone from Chance to Curren$y, Action Bronson to Mac Miller, and Pro Era to Odd Future. Thelonious—who also spent time in New Jersey—was responsible for all of the beats on Jersey rapper RetcH’s cult classic Polo Sporting Goods, and has released several of his own full-length projects.

His episode was easily the biggest party we’ve had yet, & he seemed to really get the spirit of the So Many Shrimp Radio experience, mixing old school, new school, soul, hip-hop and pop music. If you want to hear more from him, his instrumental project A Dozen for Dilla dropped just last month; and you can hear 2014’s Wünderkid on SoundCloud and iTunes. He also DJs around Chicago all the time, at spots like East Room.

Intro music for Part 2 by @_iLLeeT

Part 1 is a mix by David with Charne Graham.

2 responses to “So Many Shrimp Radio Ep. 7 — Thelonious Martin”